Perhaps, you’re soon planning to follow the diet of a Jedi and enjoy the nutritious Blue Milk.

However, there’s no way to get your hands on it except if you take a trip to Disneyland.

Unfortunately, Disneyland is nowhere near you, but you’re still dying to try the well-known Star Wars’ magical Blue Milk.

Well, you’re in luck because we will bring Blue Milk right to the tips of your taste buds.

Your lightsaber training session has to come to a halt as you read on about the “life-long milk” and find out how to make it yourself.

What is Blue Milk? 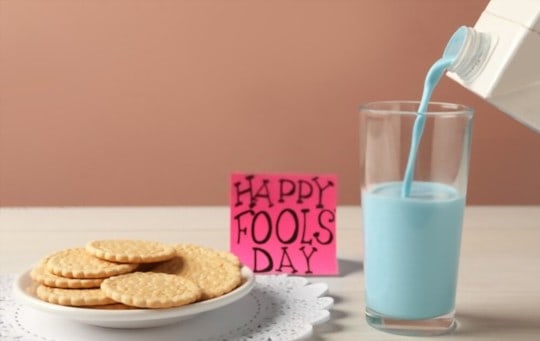 Blue milk was first introduced as a beverage in the year 1977 at the beginning of the Star Wars movie called ‘A New Hope’.

Luke Skywalker poured a glass of enchanting Blue Milk while he shared a meal with his family.

The blue drink was included in the franchise once more in Natalie Portman’s ‘The Phantom Menace’ movie, drawing in more curious cats over the drink and how it tastes.

At Star Wars: Galaxy’s Edge, a theme park specifically for the space opera franchise, Disney brought in more fun by making the iconic drink available for visitors to enjoy.

A simple blend of coconut, fruits, and rice milk can bring customers to the realms of Disneyland and Disney World.

ALSO READ
What Does Rhubarb Taste Like? Does It Taste Good?

In the movies, the milk beverage, also known as Bantha Milk, is a product of the Tatooine Banthas, the beasts tamey the Tusken Raiders.

It’s generated from the mammary glands of the female furry mammals called Banthas in the Star Trek universe.

This milk can be found on different planets all around the universe.

If you think about the Blue Milk, you probably think it will taste, well, blue.

It might have been overhyped because it does not taste like what you expected it to be.

Instead, the Blue Milk tastes like a warm, silky, fruity drink.

It does not taste bad; it’s just not a glass of specially formulated milk like every Star Trek fan would imagine.

It’s simply a blend of every tasty fruit out there and resembles the taste of berry juice.

The base ingredients are rice milk, coconut, and this root is mixed with a bunch of fruits, so the flavor profile has citrussy tones.

It is pleasant because the current of the rice & coconut does not overlap and complicate the taste.

Blue Milk is a sweet and decent drink that tastes like a chalky berry smoothie.

Unlike the Green Milk, the blue one does not taste acidic.

It’s a smooth drink that is thick like a smoothie and more comfortable to drink compared to Green Milk.

The drink is high in antioxidants because of the various fruits in the blend.

It also acts as a source of Vitamin C, which helps significantly with the immune system.

ALSO READ
What Does Glass Gem Corn Taste Like? Does It Taste Good?

The rice milk base provides high amounts of calcium, and coconut keeps the calories at bay, so this drink is guilt-free if you’re on a strict diet.

How to Serve Blue Milk? 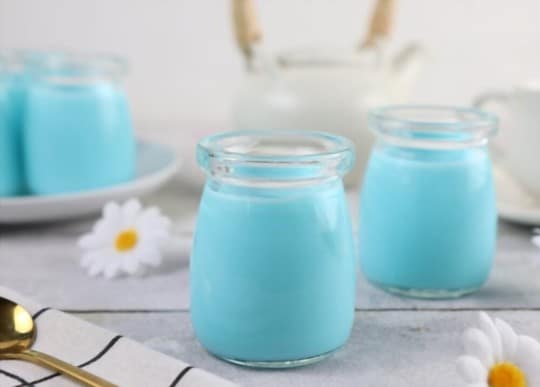 If you head to Orlando Disneyland, you can get one glass of Blue Milk at $7.

If you love exploring with your tastebuds and have the budget, then you should go ahead and try some.

There is an alcoholic version of this for adults in the Florida park.

The alcoholic drink tastes similar to the milky version, alluring and fruity.

It is, however, slightly more acidic in nature as it contains some Bacardi Rum blended into it.

You can always make this yourself at home and enjoy it with some snacks.

The workers have mastered the art of making this beverage turn blue with the help of food coloring by blending the ingredients thoroughly.

They claim that there has been no artificial coloring added to make the Blue Milk blue in color, but everyone loves this funky-colored alien milk nonetheless.

If you’d like to try it on your own, you can pick a few fruits on your way home from work and start creating some mystifying Blue Milk.

The ingredient list is easy when you can add anything you want.

Simply make sure there are some dragon fruits, and if not, kiwi is a close alternative.

If you’re on your way to a Disney theme park and hoping to try out Star Wars’ popular milk, you should go ahead.

ALSO READ
What Does Celery Salt Taste Like? Does It Taste Good?

Now that you know how it will taste, allow yourself to be adventurous and satisfy that Star Wars enthusiast within.

If you don’t like it, there’s always a chance someone else will.

Maybe you like it to the point that you want to recreate it at home.

We’ve listed all the ingredients you might need, so that’s covered.

All you need to do is sit back and sip some alien milk.

Be sure not to spill it when Darth Vader reveals some secrets to Luke Skywalker.