Whether you’re sipping on it by the fireplace or mixing it up with some rum, this creamy beverage is the perfect way to get into the festive spirit.

For those who have never had eggnog before, it can be tough to describe the flavor.

It’s a bit like a cross between milk and custard, with a hint of spice.

The spices vary depending on the recipe, but nutmeg is often used.

Let’s explore the flavor of eggnog a bit further in the latter part of this blog post. 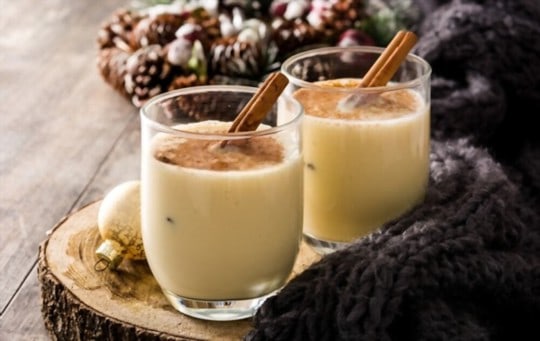 Eggnog is a dairy-based drink that’s believed to have originated in Europe.

However, some argue that the drink was invented in America in the late 1700s.

But that’s a debate for another day.

At its core, eggnog is made with milk, cream, eggs, sugar, and spices.

However, the exact recipe varies from country to country and, of course, family to family.

This rich and creamy drink is loved by many and is usually drank during the Christmas season throughout the US, Canada, and Europe.

Depending on the recipe, there are several types of eggnog drinks out there. 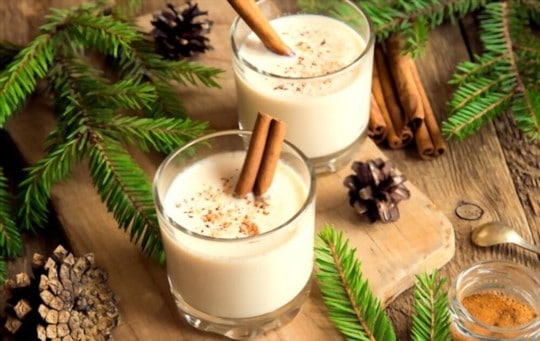 As said before, there are several kinds of eggnog recipes worldwide.

So, it’s obvious that the taste of eggnog will also differ according to the ingredients used in preparing it.

However, one thing’s for sure; a typical eggnog drink doesn’t taste as eggy as you’d expect.

If we consider the standard recipe of eggnog, then it would be a rich, creamy and frothy drink.

The main ingredients used in this recipe are milk, eggs, sugar, and spices like nutmeg, cinnamon, etc.

All these ingredients, when combined, give eggnog a thick consistency and a sweet-spicy flavor.

Generally, the flavor of eggnog is quite strong, and not everyone enjoys it.

Eggnog might not be your cup of tea if you’re not a fan of sweet drinks.

However, if you do like sweet drinks, then you must give eggnog a try.

It is definitely a holiday treat that you will enjoy.

Some people compare the taste of traditional eggnog to that of a pumpkin spice latte (since most eggnog drinks include nutmeg or cinnamon) and custard.

So, if you enjoy any of these flavors, chances are you’ll also like eggnog.

When it comes to alcoholic eggnog (a.k.a. egg milk punch), the flavor will obviously be different since liquor is added to the mix.

The most common liquors used in this version of eggnog are brandy, bourbon, or rum.

These liquors give eggnog a strong and distinct flavor.

As delicious as eggnog is, does it have any health benefits? Well, eggnog does contain a surprising amount of vitamins, minerals, and protein, as long as it’s the traditional dairy-based drink.

But that doesn’t mean you should chuck out your green smoothie in favor of eggnog every morning.

The healthiest way to enjoy eggnog is probably in moderation and with some good old-fashioned calorie counting.

How to Serve Eggnog? 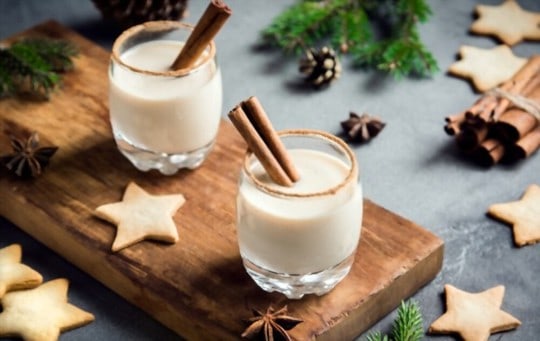 Eggnog is a holiday drink that can be enjoyed in many ways.

Served cold or hot, spiked or not, eggnog is a delicious and festive way to celebrate the season.

Never made an eggnog before? No problem.

Here’s how you can make a delicious, frothy cup of eggnog in the comfort of your own home.

If you want to make alcoholic eggnog, simply add your favorite liquor to the mixture.

Brandy, rum, and bourbon are the most popular choices.

Start with a small amount and add more according to your taste.

Eggnog tastes delicious on its own.

You can also use it as an ingredient in other holiday recipes like eggnog bread pudding, eggnog pancakes, or eggnog French toast.

So, there you have it. Everything you need to know about eggnog.

This delicious holiday drink is perfect for sipping on its own or using in other holiday recipes.

Eggnog is a festive way to celebrate the season and enjoy some good old-fashioned calorie counting.

Whether you buy it from the store or make it at home, be sure to enjoy this holiday treat in moderation.

And don’t forget to add your favorite liquor for a spiked eggnog.

Just remember, a typical cup of eggnog can contain up to 350 calories.