Have you ever been caught without a can of green chiles for your home-cooked chili?

Or maybe you want to explore the alternatives to using green chiles in your favorite Mexican dishes?

There is no need to worry, as there are many suitable and flavorful substitutes that you can use in place of green chiles.

From naturally mild Anaheim to serrano peppers, you have plenty of options.

Learn how to cook with and substitute green chiles in any dish, whether it be a comforting stew or hearty enchilada casserole.

By understanding their unique flavor profiles and heat level, you’ll be well on your way to unlocking the secret ingredients included in any traditional Mexican dish.

What is Green Chile? 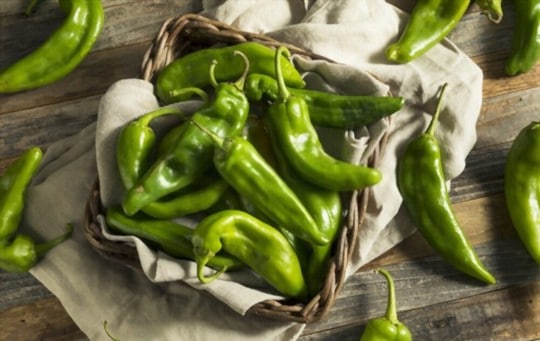 Green Chile is a culinary delight that originates in the Southwest United States and Mexico.

Dating back centuries, Green Chiles boast a unique flavor profile and texture combination due to their preparation which involves roasting chile peppers of any number of varieties, then skinning and removing their stems and seeds.

When cooked, Green Chiles offers unique smoky notes with a mild-medium heat level that adds an extra dimension to any dish.

Their flesh is crisp with slightly chewy undertones making it a great choice for adding pungent flavor to soups, stews, tacos, burritos, and more.

Furthermore, they can also be made into salsas or sauces as well as eaten raw as they are.

Green chiles offer amazing flavor combinations coupled with their medium heat level, making them popular amongst food lovers who want to explore new flavors without the overpowering spice of some other chiles.

The 5 Best Substitutes for Green Chiles

If you’re looking for a substitute for green chiles, you have plenty of options.

Here are the top five substitutes that can provide similar flavor and texture to green chiles: 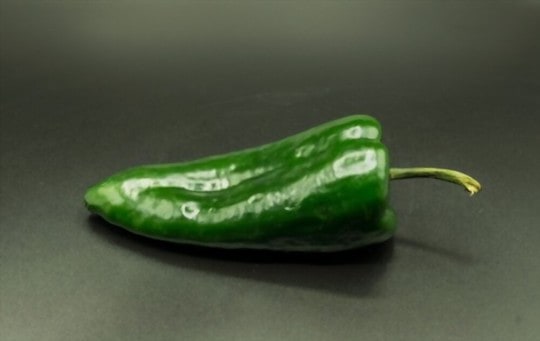 Poblano peppers are a type of mild Mexican pepper named after the city of Puebla from which it originates.

It has a deep, earthy flavor and a crunchy texture that makes it an ideal ingredient for any number of creative dishes, from chili Rellenos to spicy tacos.

The poblano works especially well when blended into sauces or stuffed with cheese for an inviting entrée.

But if you’re looking for something more elevated, why not experiment with some green chiles? Roast your own poblanos over an open flame and then slice them lengthwise to top everything from eggs to burgers.

You’ll be shocked by how much the smoky, roasted flavor enhances the dish alongside its subtle hints of heat. 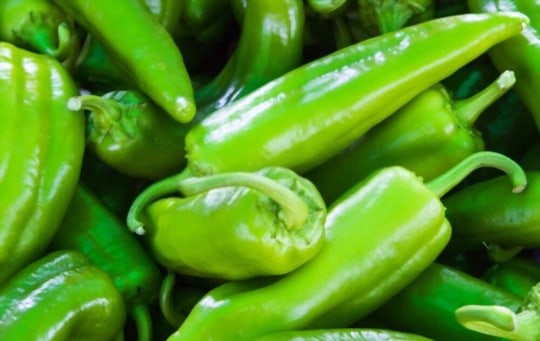 Anaheim Peppers are a must-have for any chili lover’s pantry.

With their mild and meaty flavor, they are perfect for anyone who prefers a milder spice to their dishes.

Anaheim peppers also have a unique texture; they’re slightly crisp when raw, with some crunch that softens as it cooks.

This makes them ideal to be cooked into a variety of sauces or to be stuffed with cheeses and meats.

For an extra kick of heat, Anaheim Peppers can easily be substituted for green chiles in popular dishes such as tacos, enchiladas, or green chili stew.

Whether you prefer it spicy or mild, Anaheim Peppers offer the perfect balance for your meal. 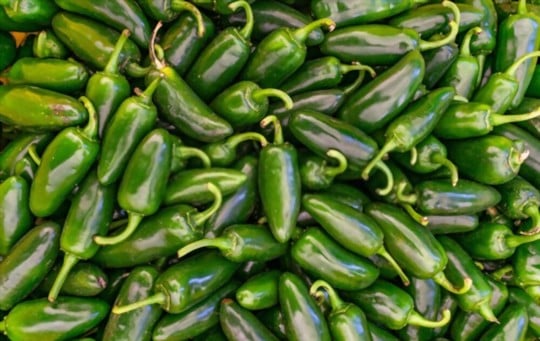 Jalapeños are mild yet flavorful pepper that can spice up all sorts of dishes.

They have a vibrant, slightly spicy flavor and a soft texture that lends themselves well to cooking.

The intense aroma of these peppers also adds a nice level of heat to every dish they find themselves in.

In Mexican cuisine, jalapeños are particularly popular because they can be used as a substitute for green chiles, providing an added layer of flavor while keeping the spiciness relatively low.

When cooked, they become sweeter and even more flavorful, making them an intriguing choice for grilled meats or creamy sauces.

Plus, thanks to their versatility, jalapeños can easily be included in salads, sandwiches, quesadillas, and more. 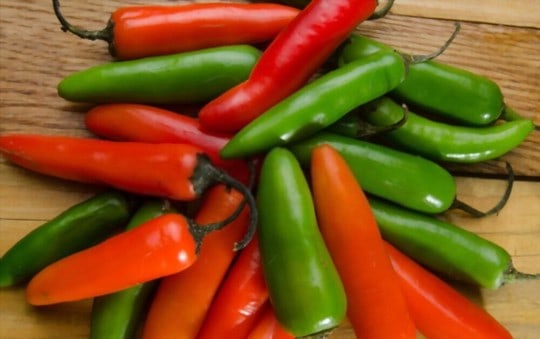 Serrano peppers offer a zesty and spicy flavor and are prized for their crunchy texture.

Prized in Mexican cuisine, these medium-hot peppers are also widely used in salsas, sauces, and soups.

They can be eaten raw as an accompaniment to many dishes or sliced up and added to salads for a flavorful kick.

When preparing Serrano peppers, it is best to wear gloves when handling them; the capsaicin from the pepper oil can irritate your skin.

Serrano peppers can also be substituted for green chiles should the recipe call for it.

A good way of increasing heat intensity is by removing some of the seeds or membranes during preparation – do exercise caution, though – these fiery little peppers pack quite a punch. 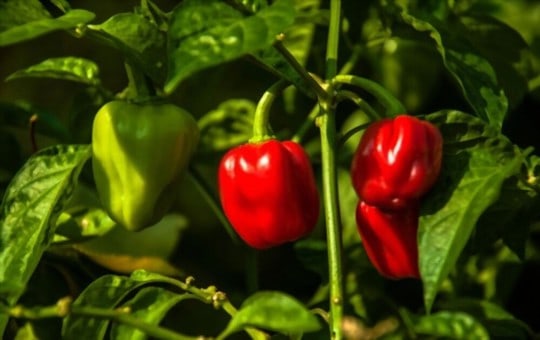 Habanero peppers bring a powerful burst of flavor to any dish.

Not for the faint of heart, no matter how you use it, habanero peppers bring a big hit of intense heat.

Their small size belies their fiery warmth, as they often have the highest Scoville rating of the chili pepper family.

When cooked, the peppers’ meaty texture goes well with other robust ingredients such as pork and beef.

If you’re looking for another way to enjoy its heat without too much discomfort, put some habaneros in your green chiles.

Simmer them gently with diced tomatoes and garlic for a full-bodied flavor that’ll keep your taste buds buzzing until the next time.

In conclusion, green chiles are a classic ingredient that brings loads of flavor and heat to any dish.

However, if you’re looking to switch things up or want more range with your spice level, there are plenty of substitutes available.

Anaheim peppers offer a milder take on the traditional recipe, while jalapeños lend a zesty kick for those who crave a bit of spice.

For those with a more adventurous palate, serrano peppers and habaneros provide an intense heat that will challenge the taste buds.