Have you ever cooked with hominy?

This ingredient is actually a type of corn that has been treated with an alkali solution, and it has a chewy texture and a slightly sweet flavor.

Hominy is popular in Latin American and Southern dishes, and it can be used in soups, stews, casseroles, and even as a standalone side dish.

If you’re looking to add hominy to your next meal, here’s everything you need to know about how to cook and use this ingredient.

Plus, we’ll give you some tips on the best substitutes for hominy if you can’t find them at your local grocery store. 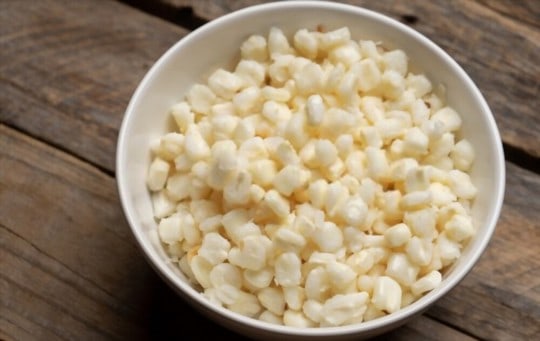 Hominy is a food made from nixtamalized corn.

It is prepared by soaking dried maize kernels in an alkaline solution, which loosens the hulls and makes the kernels more nutritious.

Hominy has a long history, dating back to the Aztecs and other indigenous peoples of Mesoamerica.

Nixtamalization was used as a way to improve the taste and nutrition of corn, and it likely also had the unintended benefit of making the corn easier to digest.

Today, hominy is still popular in many parts of Mexico and Central America, where it is often used in soups and stews.

It can also be found in some North American dishes, such as grits and Hoppin’ John.

Hominy has a mild, slightly sweet flavor and a chewy texture.

When nixtamalized, the corn kernels swell to about twice their original size and take on a puffy appearance.

Recipes that feature hominy often highlight its unique texture rather than its flavor.

For example, in posole, a traditional Mexican soup, the hominy is meant to contrast with the other ingredients, such as broth, meat, salsa, and lime juice.

If you’re looking for a new ingredient to experiment with in your cooking, give hominy a try.

It’s readily available in most grocery stores and can be used in both sweet and savory dishes.

The 5 Best Substitutes for Hominy

If you can’t find hominy, don’t worry. There are plenty of substitutes that will work just as well in your recipe.

Here are the five best substitutes for hominy. 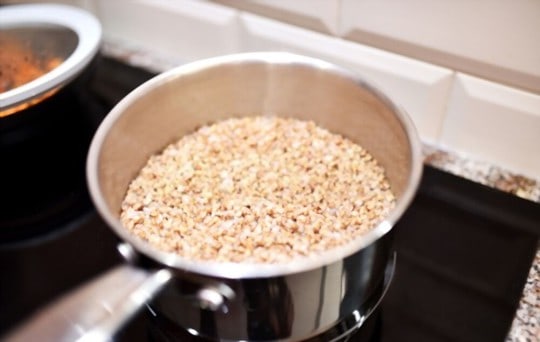 Buckwheat grits have a nutty, earthy flavor that is hearty and satisfying.

Unlike other types of grits, buckwheat grits are made from whole buckwheat kernels that have been toasted and coarsely ground.

This gives them a coarser texture that is more substantial than other types of grits.

When cooked, buckwheat grits have a creamy consistency that makes them an excellent side dish or base for a variety of different recipes.

If you are looking for a healthy and flavorful alternative to hominy, consider substituting buckwheat grits in your next dish. 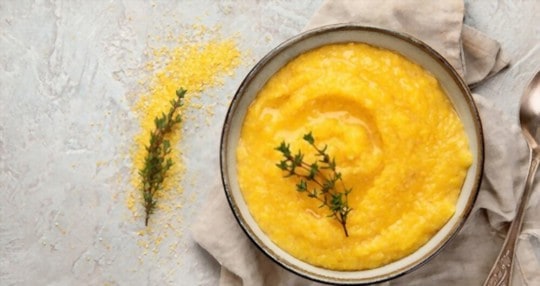 Polenta is a delectable alternative to hominy and other porridge-like dishes.

It has a nutty, slightly sweet taste and a smooth, creamy texture.

Its unusual flavor comes from the cornmeal that is used to make it.

The meal is slowly simmered in water or broth until it thickens, then it is usually served with cheese, vegetables, or meat.

Polenta can also be baked, grilled, or fried.

Many people enjoy substituting polenta for hominy because of its unique flavor.

However, it should be noted that polenta does not have the same nutritional value as hominy.

It is higher in fat and calories and lowers in fiber.

Nevertheless, polenta is a delicious and healthy alternative to other starchy dishes. 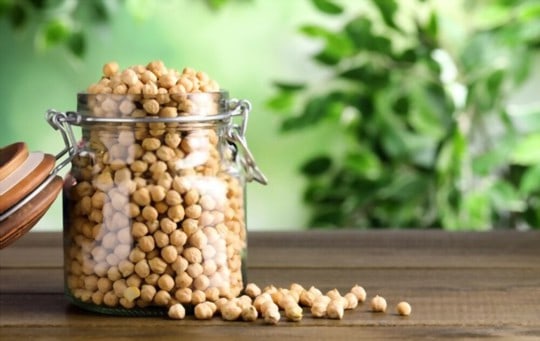 Chickpeas, also known as garbanzo beans, are a type of legume that is often used in Mediterranean and Indian cuisine.

They have a nutty flavor and a firm, creamy texture.

When cooked, chickpeas can be used in a variety of dishes, from soups and stews to salads and dips.

Additionally, they can be ground into flour or mashed and formed into patties, making them versatile ingredients for both sweet and savory dishes.

Chickpeas are an excellent source of protein, fiber, and vitamins, making them a healthy addition to any diet.

If you’re looking for a way to add more vegetables to your diet, consider substituting chickpeas for hominy in recipes such as chili or posole. 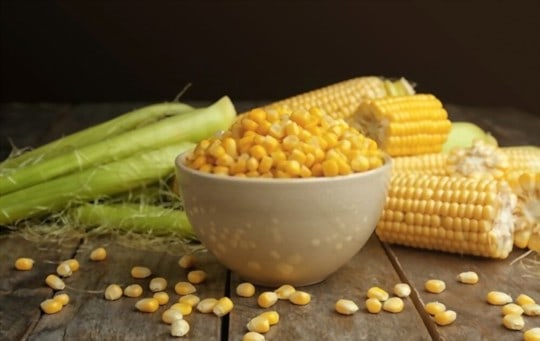 Sweet corn is a type of maize with high sugar content.

It is the result of a naturally occurring mutation in the genes that control sugar production.

Sweet corn is tender and crunchy, with a subtle sweetness that is most pronounced when the kernels are eaten raw.

The sweetness of sweet corn diminishes when it is cooked, making it an ideal ingredient for salads, salsas, and other dishes where a touch of sweetness is desired.

Because sweet corn is less starchy than other types of maize, it can also be used as a substitute for hominy in many recipes.

Whether you’re looking for a new side dish or an interesting ingredient for your next meal, sweet corn is definitely worth trying. 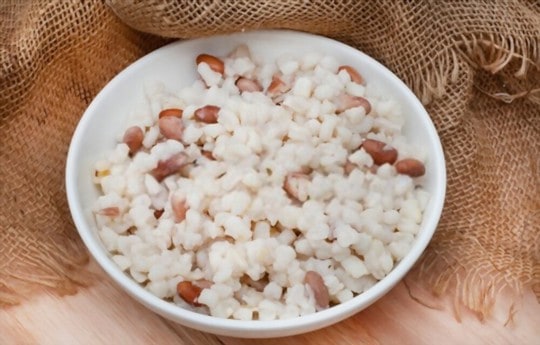 Samp is a corn-based dish that is popular in many parts of the world, including Africa, Asia, and the Americas.

It is made by cooking corn kernels in water or milk until they are soft and then grinding them into a paste.

The resulting dish can be either sweet or savory, depending on the ingredients used.

Samp has a unique taste and texture that make it a popular choice for both meals and snacks.

Additionally, samp can be used as a substitute for hominy in recipes.

When cooked, samp has a similar texture to hominy but with a more distinct flavor.

As such, it can be used in place of hominy in dishes such as soups and stews.

Whether you are looking for something new to try or a tasty way to use up leftover corn, samp is an excellent option.

In conclusion, hominy is a type of corn that is popular in many parts of the world.

It has a nutty flavor and a chewy texture.

While the hominy is a healthy and flavorful food, there are many other options that can be used as a substitute.

Each of these options has its own unique flavor and texture that can add new dimensions to your favorite recipes.

So, if you are looking for a way to change up your meals, consider trying one of these substitutes for hominy.