Parsnips go well with various spices and other vegetables though they don’t get as much attention as many different veggies.

If you have a handful of these veggies at home, you can come up with any delicious dish.

Whether you like them raw, roasted, fried, boiled or steamed, their flavor only gets better.

Since they aren’t so popular, parsnips may be unavailable most of the time.

But there are plenty more veggies out there that can replicate parsnips’ flavor and aroma.

So, you need not worry but choose from one of the options mentioned below.

Out of the many items, we have chosen the 5 best substitutes for parsnips that you can use in different recipes. 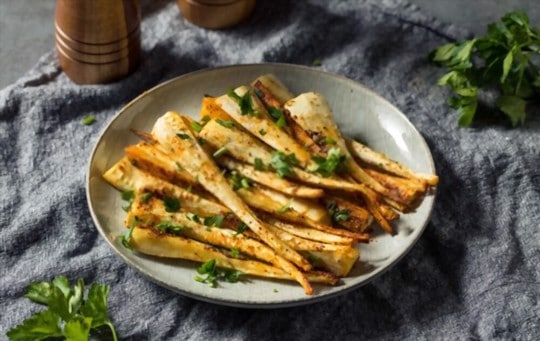 Parsnips are root vegetables that have a similar appearance to carrots and radishes.

Considered as winter vegetables, parsnips are richer and earthier in flavor than carrots but less overpowering than turnips and radishes.

They are sweet but also have a hint of heat.

The crunchy vegetables are versatile, and you can cook them in many different ways.

You can also add it to various dishes, including soups, salads, stews, stir-fries and meat dishes.

You can also add them to baked goods if you like variety.

Besides being tasty, parsnips also contain essential nutrients and are good for health.

One thing which you need to keep in mind is to peel the skin before making any dish as it can give a bitter flavor.

The 5 Best Substitutes For Parsnips

As mentioned earlier, there are a number of veggies that you can use in place of parsnips.

But since we can only describe five, here they are. 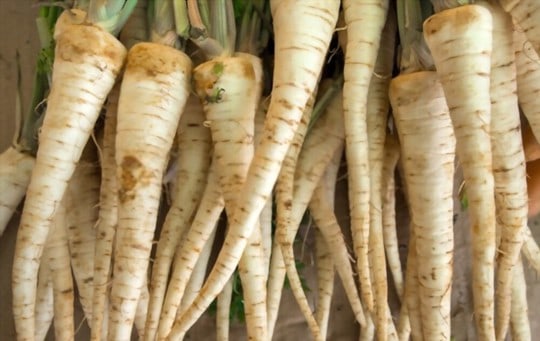 Parsnips and white carrots look similar, and they both belong to the same family.

So, white carrots can substitute parsnips in any dish that calls for the latter.

White carrots are also versatile as you can use them in both sweet and savory dishes.

You can never go wrong with carrots, from carrot cakes to muffins and stir-fries to salads.

Carrot soups and glazed carrots as a side dish are also interesting.

Apart from being delicious and versatile, white carrots are also nutritious and provide several health benefits. 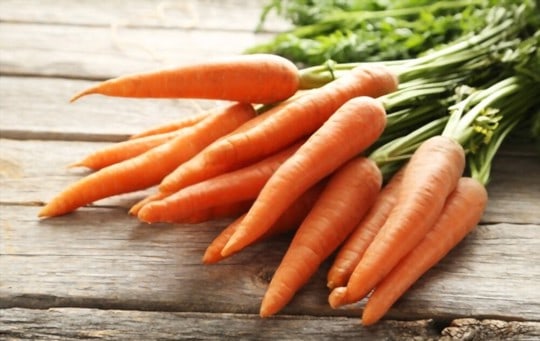 If you don’t mind the bright color, orange carrots can substitute for parsnips.

Orange carrots are the same as white carrots but more widespread.

So, you can use the former for any dish when the other two are unavailable.

Orange carrots are also versatile items, and so you can have them raw, roasted, fried, boiled, steamed or puréed.

They taste amazing whether added to sweet or savory dishes.

Since they are also readily available, you can create plenty of dishes at any time.

Like white carrots, orange ones also offer plenty of health benefits and improve our health.

They are rich in calcium and vitamin K, which boosts bone health.

They also have antioxidants, vitamin A, beta-carotene, vitamin C, iron and potassium.

You can use a similar quantity when replacing parsnips. 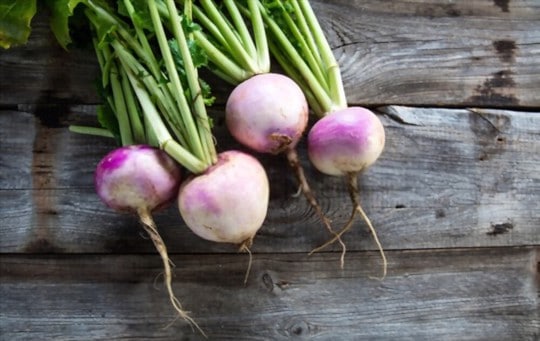 Like parsnips, turnips are also root vegetables, and you can use them as a replacement when the former isn’t available.

People often compare them to radishes, but you can use turnips in many dishes where the recipe asks for parsnips.

However, you have to choose young turnips, not mature ones, as they tend to become bitter over time.

The flavor can overpower a dish, and you may not have the expected outcome.

Young turnips are, however, sweet with a hint of peppery flavor when raw.

Turnips are popularly eaten raw in salads, and you can add them to soups, stews and make purées.

Besides, you can stir-fry them alone or with other veggies or cook them with meat.

They also remain fresh for weeks in the refrigerator, so you don’t have to rush to the market every time to buy some. 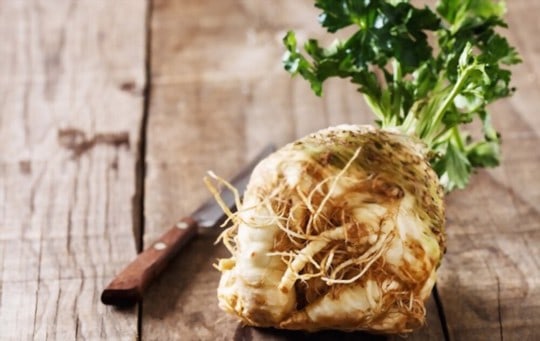 Also, a root vegetable, celeriac or celery root is another item that can replace parsnips in various dishes.

It’s sweeter than celery stems and has a mild flavor and a versatile ingredient.

It goes by many names like knob celery, turnip-rooted celery or celery root.

However, it comes from a completely different plant than the popular celery stalks that we often use though they belong to the same family.

It has a roundish shape like a turnip bulb but with a knobby surface and small rootlets.

Fresh celeriac has a crunchy texture with a cream-white hue.

You can eat it both raw and cooked, so it works great in salads too.

Its taste gets sweeter when cooked, so you can bake, roast, boil, or fry according to a recipe’s demands. 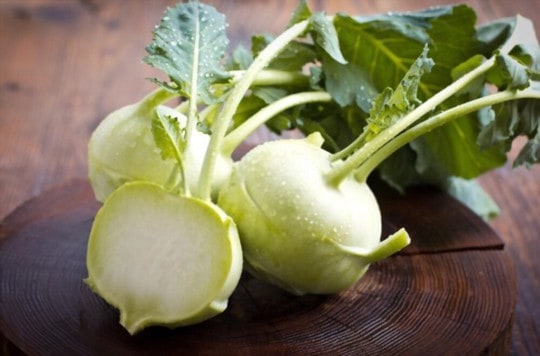 Also known as German turnip or cabbage turnip, kohlrabi can also stand in for parsnips.

It isn’t as popular as many other veggies, but its flavor is similar to parsnips.

It’s a cruciferous vegetable like broccoli and cabbage and is green on the outside but cream or pale yellow on the inside.

You can eat kohlrabi in different ways, including raw.

So, you can add it to salads, stews and soups.

You can also make stir-fries and cook with other veggies.

You may also roast, bake, boil or steam it as needed.

It tastes a little sweet but with a hint of spiciness.

So, make sure to get younger ones with their leaves on top if possible.

It contains a fibrous layer beneath the skin, and it doesn’t soften even when cooked.

So you should peel off both the skin and that layer till you arrive at the juicy flesh.

All the five vegetables mentioned above have some similarities and differences with parsnips.

But each one can be a suitable replacement in most dishes.

So, you will never run out of options.

Enjoy creating tasty dishes with available recipes, or you can make some of your own.

Besides these five, you can also use radish, celery, salsify, rutabaga, sweet potato, and parsley.

You may not get the exact flavor as parsnips, but your dish will taste amazing, no doubt.

Since all veggies are versatile, you can have a different dish every day, even with a singly variety.