Rosemary is one of the oldest and most trusted cooking herbs, grown for centuries for its highly distinctive flavor.

It may leave you wondering, with all the options out there, how do I use this herb in my cooking?

Rosemary can be used fresh or dried and even makes for a great garnish over cooked dishes or grilled meats.

You can also substitute other flavors if you find that rosemary does not fit your desired recipe’s profile.

Some of the best alternatives for replacing rosemary in a dish include thyme, oregano, marjoram, basil, and savory. 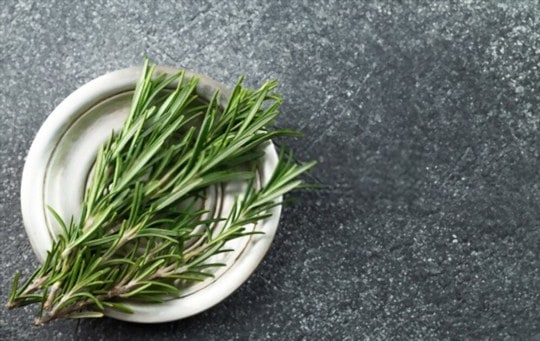 Rosemary is an aromatic herb native to the Mediterranean region, with a distinctive pungent aroma and taste.

It is most closely related to mint and lavender in flavor but has a notably stronger scent.

Rosemary has thin, needle-like leaves that are green on one side and silvery-white on the other.

This herb can be used both fresh or dried to enhance the flavor of a variety of dishes, such as roasts, stews, stuffing, eggs, potatoes, and salads.

To use fresh rosemary, remove the leaves from their woody stem and finely chop them before adding them to your recipe.

Dried rosemary is typically crushed into fragments before adding it to recipes.

A few springs of fresh rosemary or ½ teaspoon of dried rosemary will add a wonderful flavor boost to your dish.

The 5 Best Substitutes for Rosemary in Cooking

If you’re out of rosemary, don’t fret—there are plenty of other herbs and spices that can make a great substitute.

Here are the top five substitutes for rosemary in cooking: 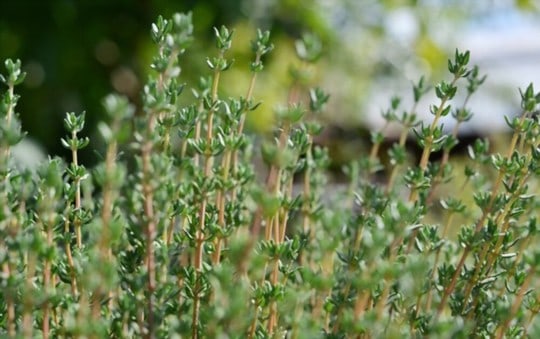 Thyme is an incredibly versatile herb with a subtle yet fragrant flavor.

Its tiny leaves grow on bushy plants that thrive in sunny climates.

It has a pungent earthy taste, and its texture is undeniably woody and dry compared to other herbs.

Thyme pairs particularly well with dishes that have heavier meats or sauces, like beef stew, tuna casseroles, and roasted vegetables.

For those wanting to mimic the taste of rosemary, thyme can easily be substituted as it has a close resemblance in style and flavor.

It’s easy to take advantage of this herb as it can be used in fresh or dried form, whichever happens, to suit the recipe you are making best.

Sage is a fragrant and aromatic herb.

It is often used in Mediterranean cooking to add a subtle earthy flavor to dishes such as roast lamb, poultry, or stuffing.

Sage comes from the perennial Salvia officinalis and has a soft, velvety texture with a woodsy and menthol-like aroma.

Its flavor encapsulates hints of eucalyptus and camphor and pairs well with vegetables such as potatoes, tomatoes, carrots, and mushrooms.

To substitute sage for rosemary, use twice the amount since it has a milder taste than rosemary.

Served either fresh or dried, sage adds depth to any dish with its pleasant umami notes.

Marjoram is an aromatic herb that has been a staple in Mediterranean, Middle Eastern, and European cuisines.

It has small gray-green leaves and can be found fresh or dried in most grocery stores.

The taste of marjoram is sweet, fragrant, and slightly bitter; its texture is delicate, thin, and crumbly.

Marjoram can be used in almost every dish, from soups to sauces to fish and more.

Its flavor strongly suggests rosemary but with a milder flavor; if a recipe calls for rosemary, but you don’t have it on hand, marjoram makes a good substitution.

Use half the amount of marjoram that a recipe calls for in rosemary.

The versatility of this flavorful herb will add depth of flavor to any dish. 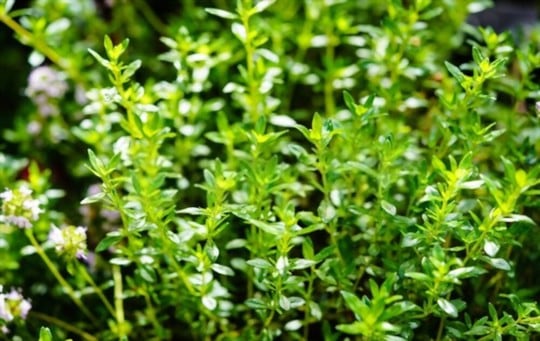 Savory is a fragrant, woody herb with a salty, peppery flavor.

Its aroma has been likened to that of thyme and rosemary, though it’s more robust than either.

The texture of savory is quite delicate; its leaves are soft and silky, but its stems can be slightly tough.

Substituting savory rosemary in recipes will give your dishes a hint of minty-floral tones that pairs well with pork, beef, and lamb dishes.

If substituted for rosemary in recipes such as stuffing or sauces, it should be used sparingly as the flavor will be noticeable and will overpower other herbs if used excessively. 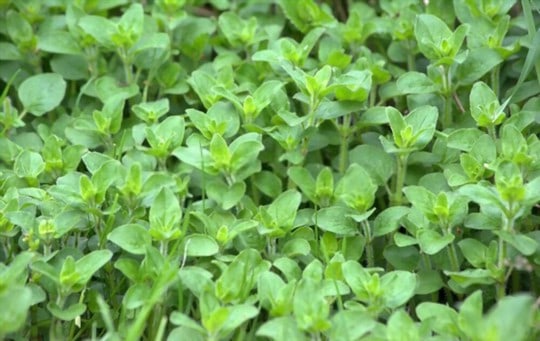 Oregano is a fragrant and flavorful herb that is widely used in cooking.

It has an intense taste with hints of sweetness and spicy and a distinctive smell similar to thyme.

The texture of oregano is slightly coarse, providing an earthy flavor to meals.

The intense scent and flavor of oregano generally mean it can be substituted for rosemary on any dish.

Just use about half the amount of oregano compared to rosemary for the same results.

In conclusion, rosemary is a versatile and robust herb that adds flavor to a variety of dishes.

However, if it’s unavailable, there are several substitutes that can be used in place of this herb with great results.

Thyme, sage, marjoram, savory, and oregano all have similar flavors and aromas that pair well with entrees.

No matter which one you choose, your dishes are sure to be filled with flavor.