Umeboshi might not be a work you’ve come across often, but what it is, is quite simple.

The literal translation of the word means pickled plums.

Umeboshi is considered full of healthy nutrients that can fight an array of diseases and illnesses, which is why the Japanese people see it as a superfood to enrich the body’s wellness.

According to the legend, Umeboshi has been around in Japan since the 17th century.

The popularity seems to have grown primarily because of its use by Japanese samurai soldiers and priests to cure different ailments.

If you’re intrigued by this fantastic food, wonder, “what does Umeboshi taste like?” This article will explain everything, from what it is to what the taste is like and how you can incorporate it into your dishes. 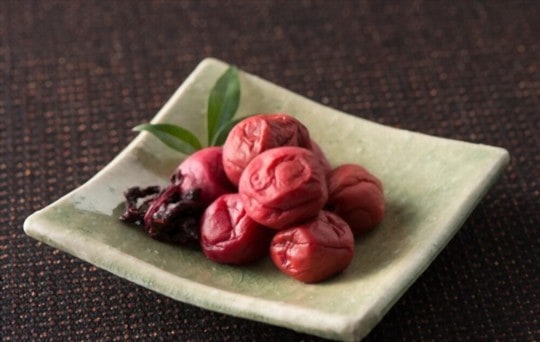 As the name suggests, Umeboshi comes from the Ume tree.

It is a Japanese plum harvested and picked to get “umeboshi,” translated to “dried plums”.

This fruit can be considered to contain both characteristics of a plum and an apricot.

The ume tree starts to bloom during the late winter season.

The tree flowers are beautifully white, red, and pink, eventually growing into the ume fruits by springtime.

To make Umeboshi, harvested ume fruits are soaked in brine and shiso leaves, which adds fun pink-red color to the fruits.

Once the fermentation process is over, it gets salted and dried in the sun.

ALSO READ
What Does Lychee Fruit Taste Like? Does It Taste Good?

Although the pickling process takes only a few weeks, you can preserve it for many months.

Some people let it age for a few years before consuming it in different forms. 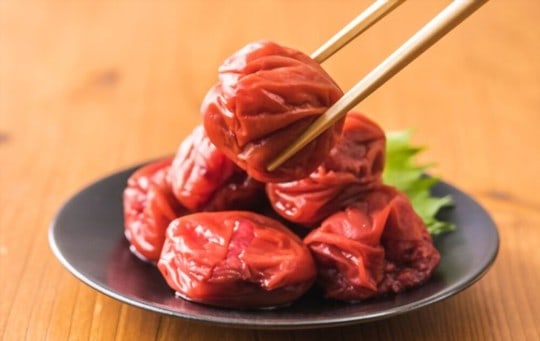 As you would expect from any food that is pickled or soaked in brine, the taste of the Umeboshi is a combination of saltiness and sourness.

The salt content of the Umeboshi usually varies from one to the other because it depends on the maker of the Umeboshi and how much salt is used during the fermentation process.

However, in most traditional recipes, you will find that they use 20% sodium when curing the fruit.

It is said that the taste of an Umeboshi is at least 3 times more acidic than lemon because of the high content of citric acid.

Because of this, when you take a bite of the pickled fruit on its own, you might be overwhelmed by the strong taste.

Despite the astringent nature of this picked fruit, it is widely used in many Japanese households as a staple superfood because of its numerous health benefits.

Umeboshi is well known for its healing properties regarding digestive problems.

It is also known to build immunity and fight against colds.

However, most people prefer using it as part of dishes to bring out its flavor, or sometimes it’s eaten as a side dish with rice.

A fun fact about Umeboshi is that many people consider it an excellent cure for a mind-numbing hangover.

How to Cook and Use Umeboshi? 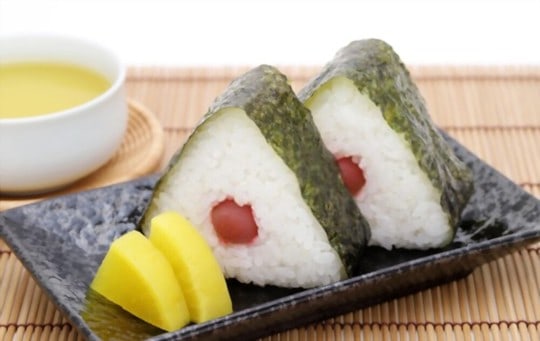 Depending on what kind of Umeboshi you buy, the taste notes can vary from sweet to salty to sour, but the salty and sour flavors are the most prominent.

Besides its medicinal properties, Umeboshi is also a great addition to many dishes to give it an extra zing.

For example, when you eat rice with an Umeboshi, it gives the rice more flavor while also lessening the overpowering saltiness of the fruit.

You can easily pair Umeboshi vinegar with salads or use it as a marinade to give it a good kick.

Other than this, you can also find Ume to make wine, called Umeshu.

This wine is very high in antioxidants, so it’s good at suppressing free radicals in the body and benefits your skin condition.

You can even find Umeboshi paste which can be used as an alternative for salad dressings or taste enhancers for soups.

Some people swear by its deliciousness when paired with corn on the cob as a healthier butter.

As you can see, the options are endless when you think about them.

Umeboshi is versatile and can be paired with almost any main dish, including sushi, grilled meat, plain rice, or even various cheese boards.

You can get as creative as you want and incorporate this superfood into all kinds of dishes for that extra kick of flavor while also adding some healthy nutrients to your dish.

The only drawback to this superfood is its high salt content.

It can be potentially harmful to some people if you include as high a sodium intake to your diet daily.

As beneficial as Umeboshi is, it could be hard to come by in regions outside of Japan where this food is mainly found.

ALSO READ
What Does Zebra Taste Like? Can You Eat Zebra?

Still, if you go to any Asian supermarket, you might be able to get your hands on this delicious superfood.

You can find them in different versions like a paste, precut, or still in the brine.

So, take your pick and try this nutritious superfood that delivers healthy and tasty benefits in one.