After a long tiring day at work, having a glass of whiskey helps calm your mind and relieve your stress.

And in this article, we will help you debunk the taste of whisky.

Note that whisky consists of various variants, and the taste may vary.

Whisky connoisseurs might know the differences in taste and flavor of different whisky types.

However, beginners are stuck with this question: what does whisky taste like? In simple terms, it has a distinctive flavor and aroma that you can have neat or mix in a cocktail. 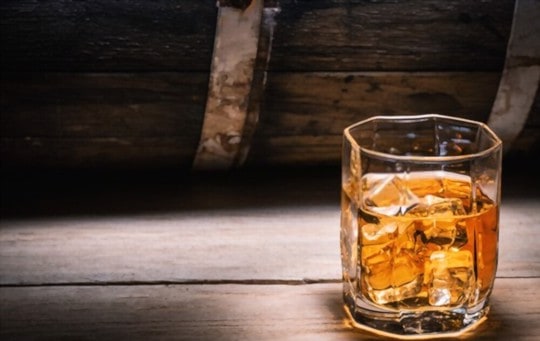 The origin of whisky went way back to the 13th – 15th century and was developed using water and malt.

It’s a distilled alcohol where fermented grain mash is used to produce this beverage.

Furthermore, varieties of grains, including wheat, rye, barley, and corn, are used to produce this alcohol.

You may have heard of malt whisky, which is simply made from malted barley and water.

Furthermore, some manufacturers blend different whisky to add flavor, which is known as blend whisky.

The alcohol percentage in whisky is 40%, and it would be best to have it in moderation.

You should savor it and not gulp like drinking water to enjoy this drink.

That way, you will sense the flavor and aroma in it. 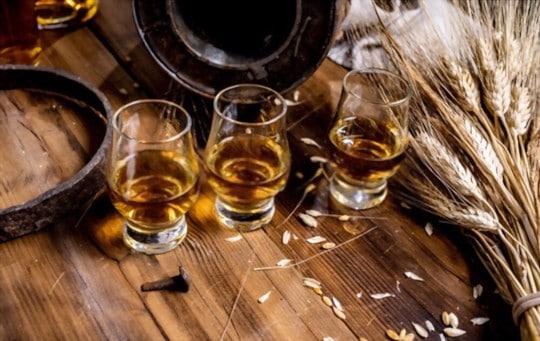 Now, coming back to the main question, what does whiskey taste like? The general taste of this alcohol tastes like a toasted grain with a smoky feel.

Plus, you will also get a hint of vanilla flavor.

Note that whisky is available in different types and flavors, so it would be difficult to explain the exact taste.

Here are some of the whisky types:

These are some of the popular whisky types among whisky enthusiasts.

Whisky is known to have less amount of carbohydrates leading to a low glycemic index.

It’s been reported that having alcohol in moderation reduces the risk of diabetes.

However, heavy drinking will have adverse health implications. 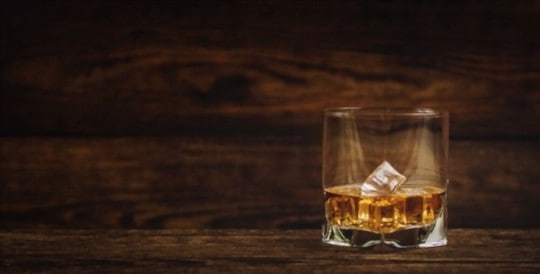 You can have whisky various ways, from mixing it with other beverages to having it alone.

For beginners, it would be better to start with bourbon whisky as they have a sweet flavor and a hint of cinnamon.

You can also have whisky with water or if you feel like the taste is too strong for you.

Some people prefer whisky on rocks consisting of ice cubes and alcohol.

Some of the whisky cocktails worth trying are:

These cocktails have a refreshing flavor and would be great on a summer evening.

Additionally, some of the snacks that go well with whisky are:

Note that drinking alcohol is not good for health and may have implications in the long run.

Therefore, it’s advisable to have in moderation all these issues.

Furthermore, drink alcohol only when you have reached the legal age.

One drink a day is recommended for women and two drinks per day for men.

Whisky is an alcoholic beverage containing 40% of alcohol.

Drinking in moderation allows you to have a good balance in your health.

Plus, it helps reduce your stress after a long day at work.

It’s hard to define the exact taste of whisky as it may vary depending on the types.

Perhaps, you can try one and see if it’s to your liking.

Give it a shot if you’re interested but don’t go overboard.

Remember, excess of everything can be a bane in the long run.