Sausages are one of the most loved forms of meat around the world.

The juicy meat processed to take a particular cylindrical shape and then cut to pieces for cooking- has fascinated all meat-lovers.

There are different sausages with different meat styles, textures, and flavors eaten in different parts of the world.

Andouille sausage is one of them; loaded with flavors, it is also rich in its history- belonging to different cultures and cuisines once.

Andouille is generally pronounced as ‘An-Doo-Ee’ and is considered to have originated from France.

This sausage is made entirely from pork meat and is prepared slightly differently than other sausages.

Read on to find out what does Andouille sausage taste like.

What is Andouille Sausage? 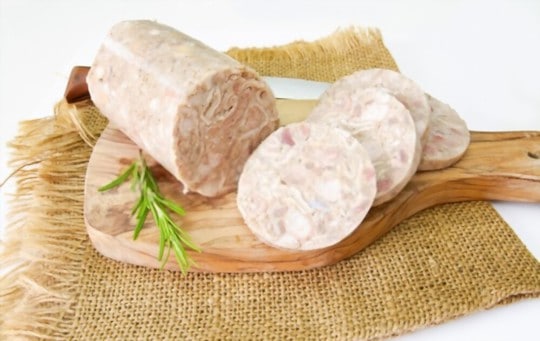 Andouille sausage is a type of sausage that originated in France and spread from the Canadian-based French immigrants.

While most sausages are made from minced meat, the Andouille sausage is made from sliced or chopped meat.

The meat is usually the intestine of a pig that has been filled up with its stomach and other parts.

The sausage is also poached rather than subjected to smoking and then cut up in slices to cook and serve.

In the USA, the Andouille sausage is common in the Cajun and Creole cuisines.

Because the meat is chopped instead of being minced, the sausage is a little chunky or lofty in texture.

Andouille’s flavors are usually the meat’s flavors coupled with onions and other seasonings.

ALSO READ
What Does Chicken of the Wood Taste Like? Does It Taste Good?

Though the sausage originated in Europe, today, the flavors contain more USA flavors than European ones.

The spiciness is one way to understand that.

Though the dish ranges from mild to high spiciness, the Cajun version is definitely on a spicier level.

The Andouille sausages have a distinct flavor profile that other sausages cannot replicate.

Andouille sausage is coarse in texture and has a sharp taste and smoky flavors.

Though the processed sausage tastes smoky and flavorful, the method in which you cook it also has a final hand in how the sausage tastes.

A lot of people try their hands at making the Andouille sausage themselves at home- yes, it is worth all the effort.

Usually, the seasonings are well done, meaning that the sausage has a delicate richness to it- something that most sausages do not have.

Andouille has an aroma that is spicy and rich to the senses; however, that doesn’t mean that it is overly spicy.

The spicy range can vary and also depends on how you prepare them.

According to the University of New Hampshire, Andouille sausages contain a very low amount of fat.

They are a good source of protein.

If you are too strict about consuming fats or carbs, you can relax and enjoy the flavors of the sausage without too much worry.

How to Cook and Use Andouille Sausage? 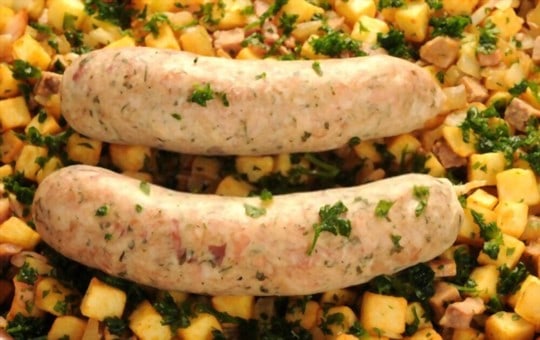 Like any other flavorful sausage, Andouille, too, can be cooked in various ways.

You can fry them, steam them, or cook them in the oven; the taste is great in every way.

ALSO READ
What Does Whiting Fish Taste Like? Does It Taste Good?

You can also add them in stews and soups for added flavors and protein.

Usually, the casing for Andouille is edible; however, you can also remove it by slicing up the sausage into pieces and removing them by hand.

A lot of people prefer to eat the sausage casing, but for situations where you wish to take the meat for a specific recipe or such, decasing becomes important.

You can go traditional and make a classic andouille sausage dish or incorporate it with seafood to treat your palate.

Andouille sausages can be pan-fried, steamed, or grilled to perfection, depending on your tastes.

Pan-fried sausages are a delicacy and are preferred by most people; however, this sausage tastes particularly great when grilled.

So if you know how to work a grill, you can get to work soon enough.

As they say, with great flavors comes great responsibility.

Andouille sausages are one of the most loved forms of sausages out there.

These sausages are believed to have originated from France.

With the passage of time, it has become a major USA delicacy and is now a traditional part of Cajun cuisine.

Andouille sausage has many delicate and complex flavors making up its profile.

The texture of this sausage is coarser as compared to regular sausages, and it is also considered spicier.

There are many different ways you can incorporate Andouille sausage into your meals.

Grilling is an excellent way of getting all those juicy flavors out.

ALSO READ
What Does Lactose-free Milk Taste Like? Does It Taste Good?

At the same time, cooking the sausage pieces in gravy also makes it quite irresistible.