But camel milk? Is that even a thing?

It actually is, and slowly but surely is making its way into the Western world.

Just like any other dairy product, camel milk has a unique taste that might not be to everyone’s liking.

So, if you’re planning to try it, don’t expect it to be your regular cup of milk.

What is Camel Milk? 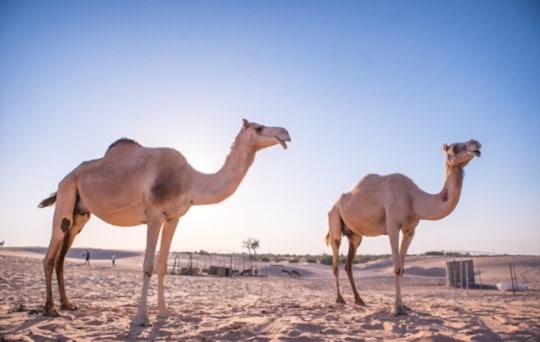 Camel milk is not rocket science; it simply means milk from a camel.

Camels are interesting creatures and have long been a part of human life, serving as loyal beasts of burden and providing us with food and other resources.

In many parts of the world, camel milk is still an important part of the diet.

Camel milk is extremely popular in Africa and the Middle East.

In fact, it is often the primary source of milk for people living in these arid regions.

Camel milk is also gaining popularity in other parts of the world, such as Europe and North America.

Despite its growing popularity, camel milk isn’t as well-known as other types of milk, such as cow’s milk.

This is likely because camels are not as common in many parts of the world.

However, camel milk offers several benefits that make it worth seeking out.

Additionally, camel milk is also expensive compared to its other counterparts.

Why is it so expensive? That’s simply because camels produce far less milk than cows.

Moreover, the demand for it is much more than the supply.

On average, a camel can produce just about 6-7 liters of milk daily, while cows produce about 50 liters. 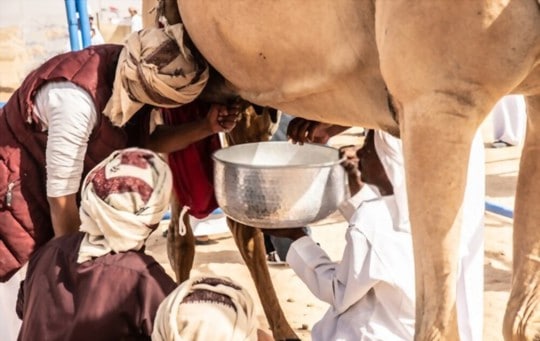 The answer to this question may be surprising for those who have never tasted camel milk.

However, there are some noticeable differences between the two kinds of milk.

Camel milk is often described as “richer” than cow’s milk and has a slightly saltier taste.

Additionally, the milk may also leave a sweet aftertaste.

The exact taste of camel milk also differs depending on where it comes from.

On the other hand, American camel milk is believed to have a creamy, salty, and sweet flavor.

As aforementioned, not everyone who has tried camel milk has enjoyed the taste.

It is an acquired taste. So, you must try it yourself to see if you like it.

One reason camel milk is popular is that it contains far less lactose than your regular milk.

Hence, it’s a much better option for those who are lactose-intolerant.

Camel milk is as healthy as whole cow’s milk but tends to be lower in saturated fat.

Plus, it also offers more calcium, potassium, iron, and vitamins.

So, it wouldn’t be wrong to say that camel milk is the healthier option.

How to Serve Camel Milk? 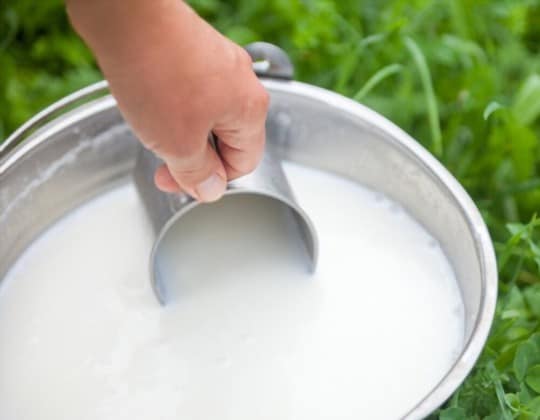 Camel milk is a nutritious and delicious alternative to your regular milk options.

Here are some tips on how to serve it:

A little goes a long way since camel milk is very rich and creamy.

Add some flavor. Try adding a little vanilla extract, honey, or cinnamon to camel milk to make it even more delicious.

Drink it every morning to boost your immunity.

Besides drinking it plain, you can use camel milk to make smoothies, lattes, and other delicious desserts.

One popular way to enjoy camel milk as a dessert is to make camel milk pudding.

It is easy to make and can be a healthy and delicious alternative to other sugary desserts.

Here is a recipe for camel milk pudding:

All you have to do is replace the cow’s milk in your favorite tea recipe with camel milk.

To sum up, camel milk is a delicious and nutritious alternative to your regular milk.

It is rich and creamy and has a slightly sweet-salty flavor.

Additionally, it is also a good option for those who are lactose-intolerant.

There’s nothing to be afraid of if you’ve never tried camel milk before.

Just give it a try and see if you like it.

Who knows, you might just fall in love with the taste.