“I’m just crackers about cheese”. Every food-lover can relate to you, Wallace; we’re all crackers for cheese at some point.

There’s nothing quite like cheese; its creamy and savory flavor can elevate a dish right up to gourmet standards.

From wine tasters to Michelin chefs, everyone needs a bit of cheese now and then.

The trouble is, sometimes we want a specific cheese, and it is not to be had.

With so many different varieties of cheese, it can be challenging to decide which to use instead.

So, read on to discover the best substitutes for Monterey Jack Cheese.

What is Monterey Jack cheese? 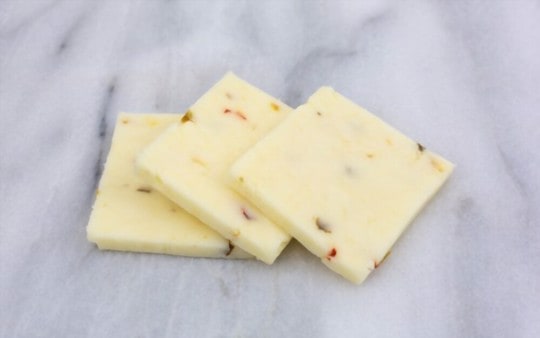 Monterey Jack Cheese was created by Franciscan Friars in the 1700s in Monterey, California.

It is made from cow’s milk aged for two weeks to a month and has a mild flavor that gets sharper as it ages.

It is a semi-hard cheese similar in taste and texture to cheddar cheese.

The ‘Jack’ in the name comes from David Jacks, a businessman who sold the cheese all over California.

It is often used in Mexican and Spanish cuisine and is popular on America’s West Coast.

Parmesan cheese sometimes called the ‘King of Cheese,’ is one of the most popular cheeses in the world.

Its real name is Parmigiano Reggiano and originates from the provinces of Reggio Emilia and Parma.

In Europe, the names Parmesan and Parmigiano Reggiano can only refer to the original cheese made in those provinces.

Outside the European Union, many imitations are sold under the name ‘Parmesan’.

Parmigiano is a hard cheese, making it a great substitute for dry Jack Cheese.

Dry Jack is a variation of Monterey Jack Cheese that has been aged for longer, giving it a more rigid texture.

A younger Parmigiano cheese will do very well, and its granular texture makes it excellent for grating. 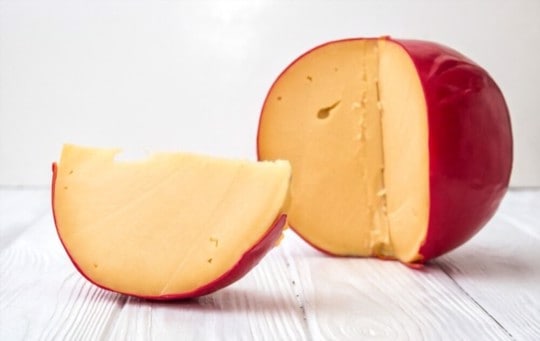 Edam is a semi-hard cheese from the Netherlands, named after the town of Edam.

It is traditionally packaged in a cylindrical shape with a red paraffin wax coating.

Edam has a salty, nutty flavor that is mild when young but gets sharper as it ages.

Edam was the most popular cheese in the world for 400 years, from the 14th to the 18th century.

Edam ages exceptionally well, so ships carried it worldwide from the Netherlands.

A young Edam will have a mild taste and a softer texture, making it a perfect substitute for Monterey Jack.

Edam is a versatile cheese, suitable for cooking or on a platter.

If you need to grate the cheese, use a mature Edam; its age makes it hard. 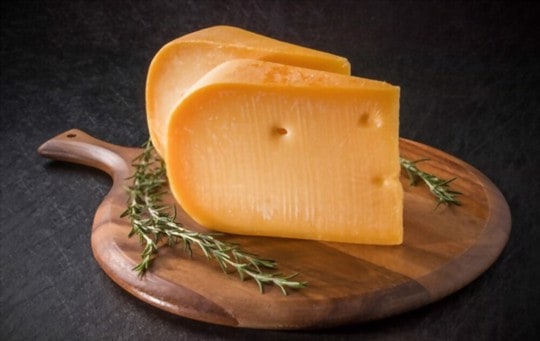 Gouda is another much sought-after cheese from the Netherlands.

Over 1000 years old, it is one of the oldest recorded cheeses still made today.

It is sweet, yellow, creamy, and one of the most common cheeses in the world.

Gouda is one of the best substitutes for Monterey Jack because it is so readily available.

Just be sure to check how long the cheese has aged; older Gouda has a sweet caramel taste with a crunchy texture.

Gouda melts quickly, like Monterey Jack, making it perfect as a cooking ingredient.

Its flavor complements almost any food and goes incredibly well with bread and sandwiches.

Aged Gouda is also commonly served with wine on a cheese platter. 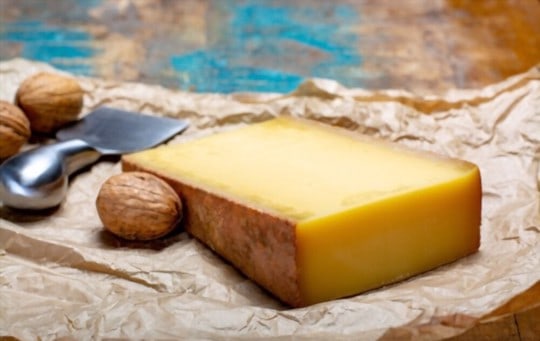 Comté originates in France, from the Massif du Jura region.

It is made from the unpasteurized milk of special cows: Montbeliarde cattle or French Simmental.

Comté is specially made by the region’s locals and aged to perfection in Alpine caves.

Comté is pale yellow on the inside, with a rigid but flexible texture.

It is made in discs and is entirely gluten-free.

It is considered one of the finest cheeses in the world, and its protected status assures you that every slice of Comté comes from France.

This cheese will do extremely well in any dish that requires melted cheese, especially French recipes. 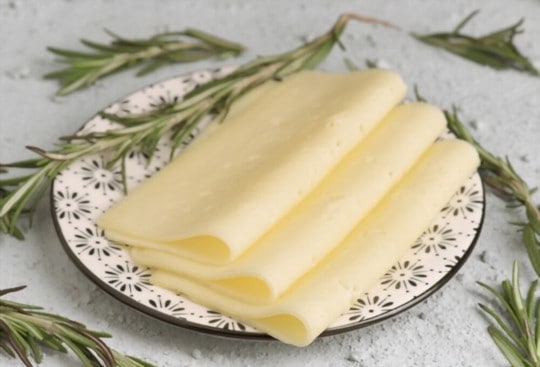 Havarti is another semi-hard cheese and comes from Danish cheese-making tradition.

It is made from cow’s milk and has a springy texture that is smooth and soft.

It has a mild taste that is slightly nutty and gets stronger as it matures.

Havarti has small holes, similar to Swiss cheese, from the gas bubbles released in the crafting process.

It is aged from 3 months to two years, depending on the variation.

Most of these cheeses are gluten-free and vegetarian.

It melts nicely, making it perfect for grilling; its buttery, creamy flavor will complement anything you put it with.

You can use Havarti for pasta and pizzas or grilled sandwiches like burgers.

Finding the right cheese for your needs can be confusing at times.

Considering the different varieties, flavors, and textures without a reference would be a nightmare for anyone but an expert.

Hopefully, this article has shed some light on the topic.

When selecting a substitute for Monterey Jack cheese (or any other cheese), be sure you know which variation you need to replace.

Dry Jack will call for hard cheese, like Parmigiano Reggiano, which grates easily.

If you are making a fondue, Comté will give it a French taste.

With so many fantastic cheeses, it’s hard to go wrong.