Leeks are delicious vegetables that are packed with many health benefits.

They’re often used as substitutes for onions in meals and dishes.

They taste exceptionally well with other side dishes or on their own.

Any novice cook can work with this vegetable to create scrumptious recipes.

Today, we’ll be taking a closer look at this popular vegetable.

How to cook or use leeks? What do leeks taste like? Or what exactly are leeks? If you’re hunting for answers to such questions, you’ll be glad to find them all below.

Leeks are vegetables that belong to the Allium family.

The same as garlic, chives, onions, scallion, and shallots.

This is why the flavor of leeks closely resembles that of onions and shallots.

There are three veggies that are closely related to leeks, namely Persian leek (also known as tareh), elephant garlic, and kurrat.

ALSO READ
What Does Mackerel Taste Like? Does It Taste Good?

The entire plant, however, is not safe for consumption.

The edible part is the leaf sheaths that are called stalks or a stem.

Leeks are often added to pasta and stews to enhance their flavor.

Basically, you can use leeks in any recipe that uses shallots and onions.

However, leeks tend to have a milder flavor than other alliums.

Hence, you can eat them on their own as a side dish.

The good thing about this vegetable is that it is available year-round.

But you can get your hands on the freshest leeks during early spring or fall.

Though it might not be a staple in your kitchen yet, leeks are widely used in different cuisines across the world.

It is also considered an irreplaceable food in Welsh cuisine.

Ever heard of potato soup? Well, leeks are an important ingredient in this recipe.

However, this sweet-tasting vegetable has more use to it.

They’re versatile and can be used in many ways to add extra flavor to your dishes and meals.

ALSO READ
What Does Dill Weed Taste Like? Does It Taste Good? 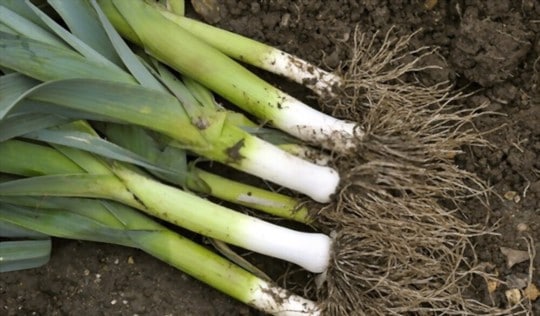 As mentioned before, leeks look and taste a lot like their sibling, green onions.

They have a sweet flavor but are on the milder side.

You can enjoy this fresh veggie, either raw or cooked.

However, raw leeks are more tender in flavor and have a nice crunchy texture.

Additionally, they taste grassy with a subtle herbal note.

With leeks, the flavor depends a lot on their size.

Larger leeks tend to have a stronger flavor.

So, if you wish to eat them raw, we suggest you go for the small-sized leaves.

Raw leeks can be chopped and added to sandwiches, sliders, and salads to add a nice crunchy texture without overbearing your star dish’s flavor.

The final flavor of leeks will, however, depend on how you cook them.

Cooking them will also change their texture, making them creamier.

Leeks are rich in flavonoids and might have anti-cancer, anti-inflammatory, and anti-diabetic properties.

They’re also a rich source of manganese, iron, folate, and vitamins B6, C, and K.

ALSO READ
What Does Buffalo Sauce Taste Like? Does It Taste Good?

How to Cook Leeks? 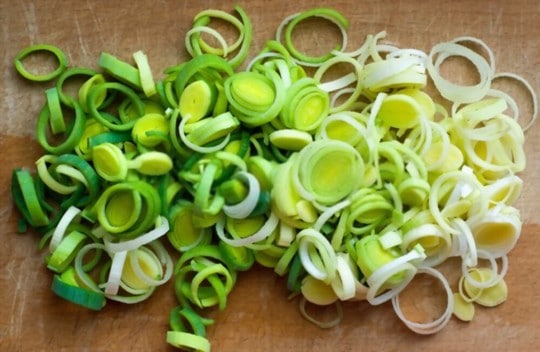 Leeks are super easy to cook. You can use them the same way as green onions.

However, make sure to wash and prepare them properly.

For consumption, you can use the light and dark green parts of the leaves and the white base.

You’ll have to chop off the steam base.

The dark green parts are usually sautéed or added to stock for enhancing flavor.

Generally, leeks are chopped into thin slices before cooking.

Here are some of the best ways of cooking and using leeks:

Here are some more scrumptious leek recipes to get you started.

Check them out here.

Whether you’re making a delicious meal for the family or inviting some friends over, leeks will help you create some mouth-watering dishes that’ll leave your guests satisfied and happy.

Besides enhancing the flavor of your meals, leeks also provide awesome health benefits.

Hence, you should definitely make some space for this wholesome ingredient in your kitchen.

If you end up buying dozens of leeks from the supermarket, make sure to wash and store them properly.

You can do so by placing washed leeks in a bag and refrigerating it to retain freshness.